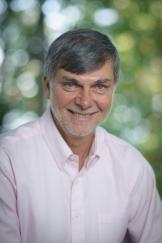 Seattle-based David Mesenbring is a public speaker, social entrepreneur and traveler who’s worked as an anti-apartheid activist; Africa-focused grant maker; nonprofit founder; and social justice animator.  A committed ecumenist, he was ordained by Africans after being raised Lutheran and is now an Episcopal priest.  His volunteer passions include Oikocredit (a global cooperative that finances FairTrade agriculture and +600 of the world’s best microcredit organizations) and the Social Justice Fund (supporting community organizers in five northwest states).  He’s proudest of his two kids, learning Spanish, and work on a book of Steve Biko’s writings.

Decades ago, I travelled extensively in Africa as a grant maker.  This past summer, my return to Ghana was a personal pilgrimage.  The search for an old friend led me to Cape Coast’s Anglican Cathedral and a morning of fascinating conversation among its clergy.  Just before lunch, they urged me to cross the street for a tour of their city’s primary tourist mecca.  That stole my appetite and left me wondering…

Why is the oldest church in West Africa located next door to a colonial-era slave castle?  Did its congregation form to meet the spiritual needs of captives… or their captors?  What role did Christianity play in Cape Coast Castle’s enterprise… and why is that history so little known?

By the start of the 15th Century, Europeans were establishing trading stations along West Africa’s coastline.  As one European nation after another entered the Gulf of Guinea searching for indigenous timber, ivory, gold and pepper, they began competing with ancient land routes by which Africans traded with Arabs and Asians.  Before long, what the Europeans first called the “Gold Coast” soon became known as the “Slave Coast.”  What changed?

More than 50 forts once dotted Ghana’s capes.  Fortifications of wood or stone were variously built and rebuilt by one European power after another: Swedes, Danes, Dutch, Portuguese, French, Germans and finally the English.  Some are now gone while others stand empty or repurposed as government offices, prisons, and more.  During the 1990s, Ghana’s government restored three forts as part of an effort to boost international tourism.  The United Nations, which helped finance the project, has since designated these World Heritage Sites.

The oldest – Elmina Castle – is faintly visible from Cape Coast, at the far tip of a long bay eight miles to the west.  My guide claimed that Portuguese construction in 1482 marked the beginning of Europe’s slave trade with Africa.  He was full of details regarding how slavery’s commercial enterprise had transacted its economy of life and death.  Yet he’d never heard of the papal bull that preceded Elmina’s construction by fully 30 years.  In Dum Diversas (1452), Pope Nicholas V mandated that King Alfonso V of Portugal pursue African territorial conquest.  Using shockingly explicit language, he presumed the moral authority to sanction the genocide and slavery that resulted.  So why are Elmina’s museum and guides silent on this aspect of the historical record they steward?  Are they afraid to embarrass those churches located just steps away from Cape Coast Castle’s front doors?  Probably not.  They’re simply unaware that long before their castles were built, some papal bulls laid the foundation for Christian justification of slavery.  In short, they are no more familiar with the Doctrine of Discovery than I was a few short years ago.

Today’s castle guides can recount the systematic depredation, torture, murder and sexual assault of Africans who passed through those forts.  They also tell of a more recent time when government officials and local chiefs publicly apologized for their forbearers’ role in selling captives to the traders.  As guides lead visitors into castle space reserved for chapel services, they note the irony of its proximity to dungeons of misery just below.  Tourists are left alone to ponder how the Europeans who worshipped there could have reconciled their enterprise with the golden rule to love your neighbor as yourself.  Was the ‘rule of gold’ as primary to them as it is to us?

Three years after Dum Diversas, Nicholas further developed the Doctrine of Discovery emerging with Europe’s Age of Imperialism.  In Romanus Pontifex (1455), Nicholas authorized Alfonso to “capture, vanquish, and subdue all …enemies of Christ …and ….reduce their persons to perpetual slavery” for the mutual profit of church and state alike.  The Doctrine manifested a racist zeitgeist taking root in Europe, which imagined human being in categories of biological boundary that don’t, in fact, exist.  Europeans (who display plenty of genetic variation among themselves) decided they were all of a single “white” type and that their type was superior to all others.  Their religion (Christian) became their justification as the Doctrine of Discovery legitimized early racial thinking and white supremacy.  Five hundred years later, the widespread social construction flowing from this self-serving position still wreaks havoc throughout the fabric of contemporary America, especially for Indigenous people.  Such are the dubious roots of white supremacy’s past and present.  My well-intentioned (white) parents taught me that “race is real,” and “it doesn’t matter.”  However, given the historical impact of race as a social construct, they should have told me “race is not real, but (at least in contemporary America) it matters a lot.”

The ecclesiastical justification for a profitable practice of genocide, slavery and territorial expansion-by-force began with the idea that some humans are superior to others by virtue of their religion.  Is this how 16th century chapel-worshipping captors on the Slave Coast reconciled conflicting dictates of their work and faith?  Was it because European religious authorities had declared African captives to be “enemies of Christ?”

Both the Church as an institution, as well as its individual leaders, owned slaves.  For Christianity’s first 1,800 years, the slavery debate focused largely on how slaves should be treated, and whether Christians should be owned by Muslims.  It took a long time before the question of whether anyone has a natural right to own anyone else gained prominence in that debate.  Bishops owned slaves, as did their largest financial contributors.  Is that why the Church failed to officially repudiate slavery until after the practice had been banned by government?  What does it say about the moral leadership of Church authorities that they lagged behind civil authorities on an issue like this?  Is moral vision always eclipsed by economic self-interest?

Not everyone is conveniently incognizant of the blinding bias that economic interest always conveys.  Among those unjustly divested of their interests, some retain a historical perspective.  Their insight is critical for those who’ve been blinded by the praxis of “might makes right;” it even represents a kind of saving grace from that bias.  While still operative in legal and other ways, the Doctrine of Discovery is long forgotten among the descendants of those whom it has overprivileged.  Yet some Indigenous still remember.  It was Native Christians from The Episcopal Church’s reservation-based missions that brought a 2009 resolution to repudiate the Doctrine of Discovery and mandate study about its continuing impact.

Slavers convinced themselves that some lives matter more than others.  Then, as now, moral self-esteem always manages to rationalize why the status quo serves some interests better than others.  In North America and other “manifest destiny”-driven societies, the status of Indigenous people remains invisible among settler descendants and other immigrants.  Throughout our nation’s white supremacist history, blacks have faced obstacles too far removed from the imagination of white privilege.  Its naiveté helps sustain our self-esteem as “good people.”  Is that what insulate whites from making the changes justice requires?

One thought on “Troubling questions”